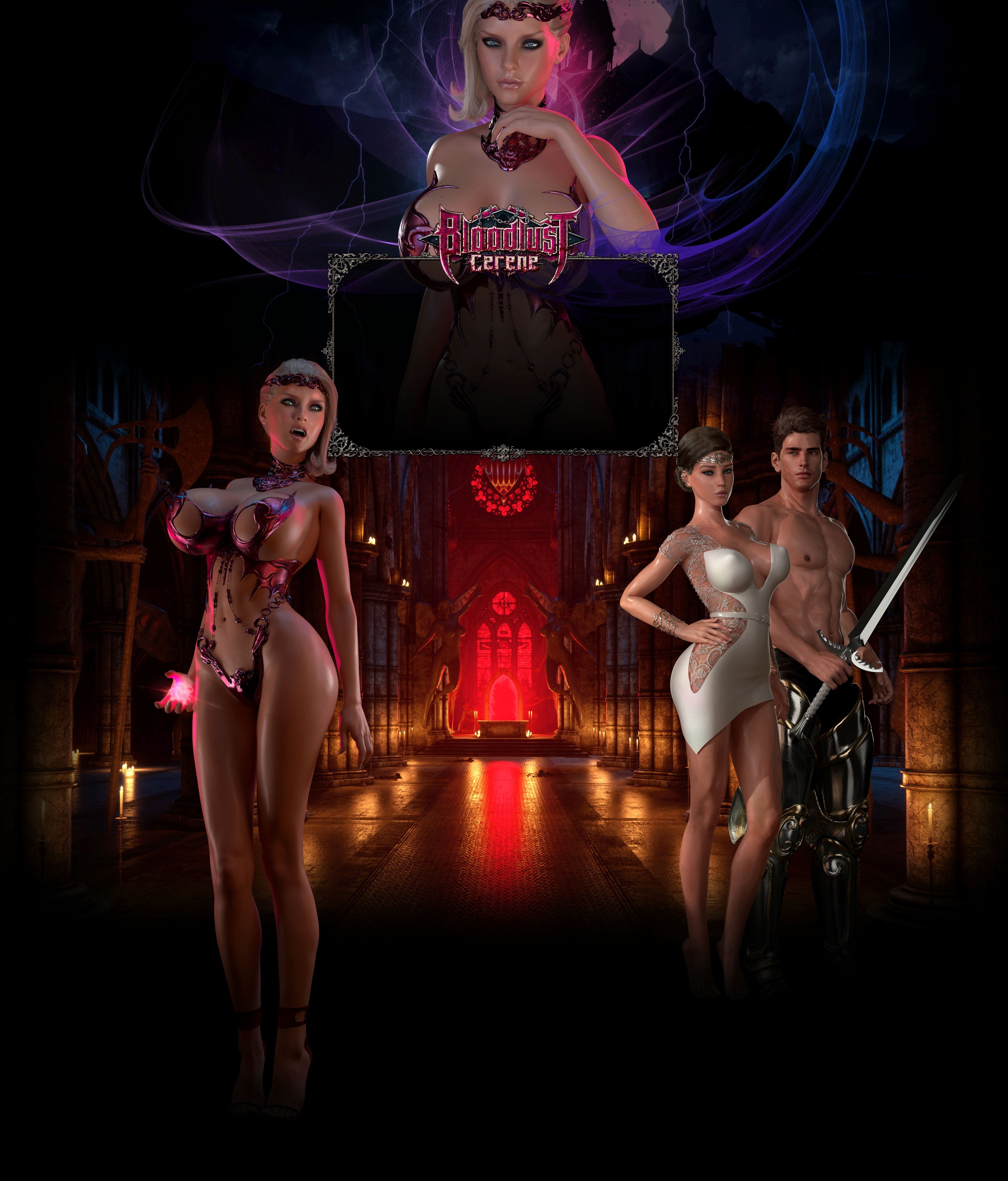 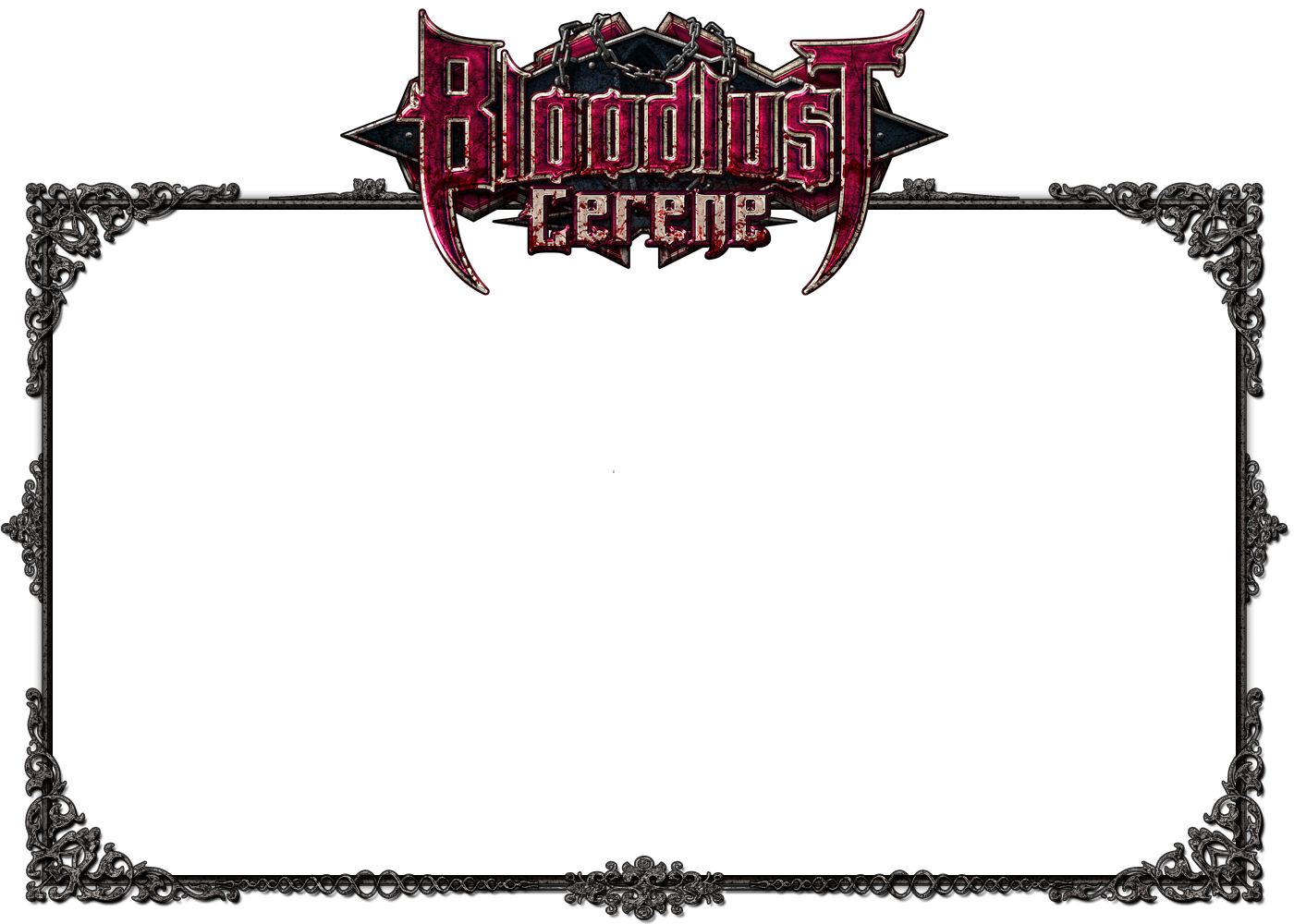 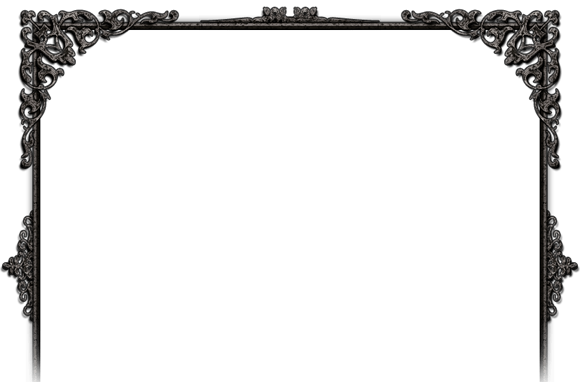 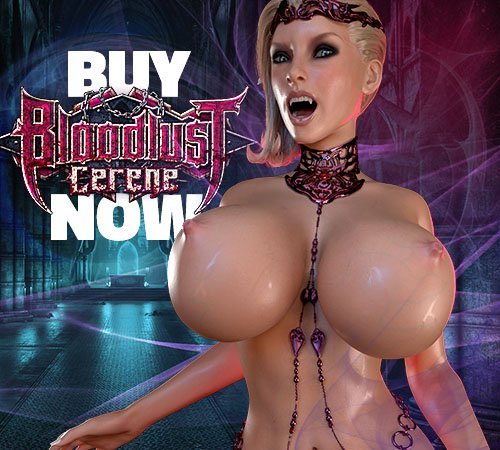 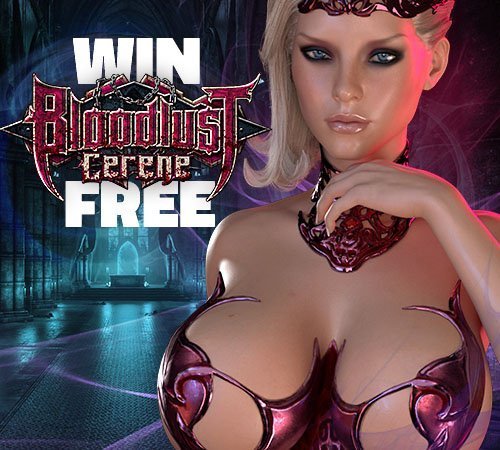 To get the Bloodlust special, Bloodlust updates and a chance to win a free copy of Bloodlust - Cerene! 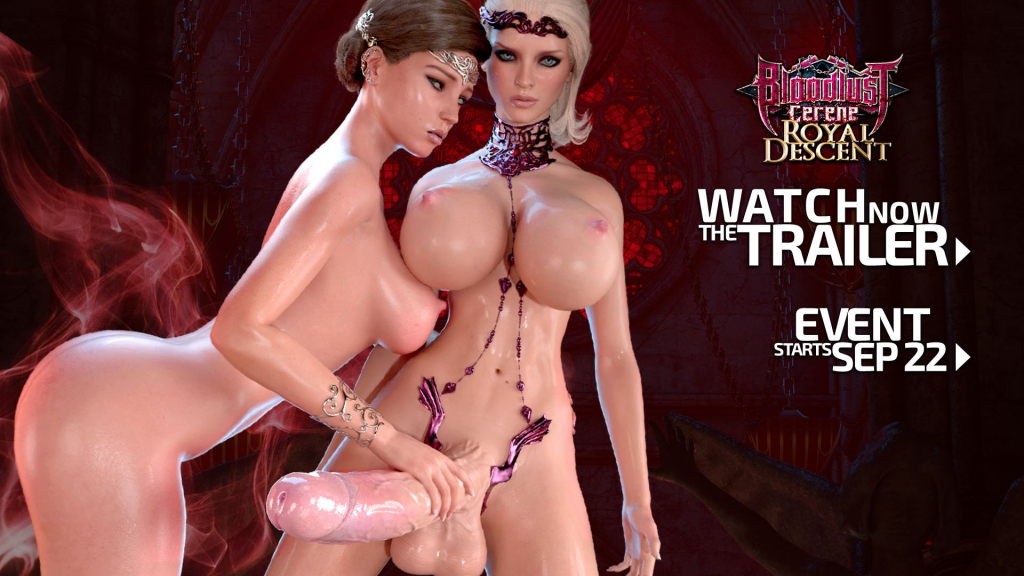 Beautiful, always looking forward to your work. I would like to see more animated work (but good animation, I know it’s hard).

well, this one’s fully animated so hope you like it 🙂

Can`t decide which I like more:
A wicked Duchess Sophia lures the male protagonist into a trap, so she and Cerene can have their way with him, or…
Sophia is the male protagonist`s love interest, and Cerene has kidnapped said duchess for whatever reason. Perhaps to lure him into a hyper-sexualized summoners pentagram.
Here`s wishing he turned into a massive humanoid werewolf halfway through. 8p

the duchess the evil one, that would def put a twist on things, heh

Wow and more wow. Lets get it straight. I like DG’s but I could settle for a beast type or super scared up guy maybe. Don’t wanta see no pretty boys. Her outfit looks thick and stagnate, like maybe it should flow or move about on its own. If this Vampire babe needs clothes gotta be rooted in a realistic construct of some sort or maybe I will just lay back and enjoy whatever it is you do with her. Very exited. Red is such a bitching color.

we get to ogle pretty girls and the girls get ogle pretty boys, sounds like a good deal no?
I mean we don’t pay attention to the dude anyway right? unless it’s the monster you’re getting off to of course, hehe

So do you think that they will make a ride out of this at Disney world ? (( OK )) kids now get on board for the ride of your life … you too daddy’s … And don’t forget to visit the souvenir store….. ( YAHHHHHH )

haha, ok you do the pitch and we’ll go from there… I think it’s a sure bet 😛

So this time, to let Marie expand her acting range, she’s going to voice the … Dick Guy?

/whistles not so innocently

And I know I’m in the minority on this site…but thank god for no dick girls. I enjoy seeing a hot girl with a dick stuck on her about as much as I’d enjoy seeing one spray painted on the side of a Ferrari. So Miro, thank you so much. I try to support this site as much as I can, but I get frustrated about the lack of variety, seems like its almost constant dickgirls lately.

Also, for the people saying they won’t buy it without dickgirls….are you fucking serious….don’t be like that. This is the highest quality 3DX content on the planet…by a long shot. We need to support Miro. I bought GF4E even though I don’t like Dickgirls simply becuase it was still absolutely outstanding artwork and if we don’t support it, why should people spend the time and money to produce such high quality stuff?

Honestly, I probably would enjoy it less if there’s an actual guy in the mix. If I wanted to see that, there is *plenty* of that out there, acted out in real life or animated. What you saw in GF4E can only be created with animation, which is why it’s special.

Kind of hoping for a DG twist down the line.

But ultimately, this is Miro’s work, and variety is a good thing. Plus not everyone likes dickgirls, but you didn’t see lots of people whining about G4E featuring a dickgirl. But it definitely annoyed me that there were instantly several comments complaining about the lack of dickgirls without any positive feedback, and some even saying they wouldn’t buy it without knowing anything else.

In fact, G4E just goes to show how amazing Miro’s stuff is. I really don’t like dickgirl stuff but I still bought G4E and thought it was great. I mean, this is most likely going to be the highest quality 3DX animation ever and it will definitely feature two gorgeous babes who will definitely be having plenty of wild passionate sex that will most likely still be the kind of thing that could never happen outside of 3DX. So for people to just dismiss it simply because the character that happens to have the big dick is a standard human male…what a tragedy. Especially since most of the people that claim they won’t buy it for that reason will probably be hypocrites and still watch it anyway by downloading it or waiting til its on a porn site.

So I don’t care if its not a persons preference, but I think its kind of offensive to Miro for people to instantly bitch about it like they’re entitled to something.

Btw…Im not aiming that at you specifically, just in general.

I’m sure the trailer will be great and any disappointment will vanish. 🙂

G4E2 will happen eventually, but it’s best we prep up our skill set first, so it gets the love it deserves 🙂

I like the BGM ,
Especially the thunder with drums
And waiting tomorrow for the core question
Why No Dickgirl

the current display thing is off… well it highlights the current day rather than the latest post
we’ll change that
so up next is the first look post, then the dick girls post

Wheeeee! Chills… CHILLS, I say! 😀 *bouncing in her chair*

*gets the popcorn and hands Gazukull plenty of kleenex*

a lot of the music was written by our composer Tiaz, this particular piece is licensed stock though

The teaser is very impressive. Character models look miles ahead of those from G4E, especially the faces. I love your stuff Miro, but since this is boy/girl I am on a fence whether to buy it or not. Rendering dudes seems like such a waste of your time to me :)). When are you going to release a trailer to see what you are offering?

I wouldn’t watch a movie without having seen the trailer, so yes, I’d suggest you watch the trailer and base your decision on that 🙂 … released in about 3 weeks

Teaser looks awesome. She looks amazing. Sorry to read there will be no dick gal. If there is a beast and not just a guy…it’s okay.

well yes, a beast of sorts… a very sexy one, imo 😛

Cool (and thanks for the reply).

The lead gal really looks amazing. The close up of your face was so impressive.

wow do you have a release date?

been wondering what you’ve been working on, teaser looks awesome, nice work guys!

You guys are great. I can’t wait to see your new work. Love you guys